Treaties recognize Indian tribes as sovereign nations that exercise exclusive authority over all peoples and activities within their territories. They are as valid today as on the day they were signed and ratified. Treaties are living documents, the “supreme Law of the Land” that continues to bind us together in this place we call home.

Today, treaties continue to affirm the inherent sovereignty of American Indian nations, enabling tribal governments to maintain a nation-to-nation relationship with the United States government; manage their lands, resources, and economies; protect their people; and build a more secure future for generations to come. 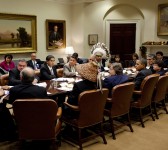 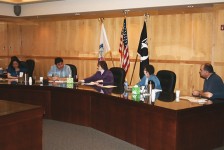 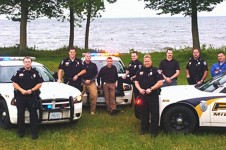 Treaties recognized American Indian tribes as sovereign nations, and established a tradition of nation-to-nation diplomacy with the United States that continues today. Although states have attempted to exert power over relations with tribal governments, Congress has the ultimate authority. 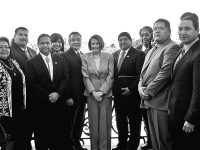 Throughout history, Native delegates have traveled to Washington, D.C., to meet with American leaders. In 2009, Red Lake and other tribal leaders came to meet with government representatives, including Speaker of the House of Representatives Nancy Pelosi (center). | Courtesy of the Red Lake Nation

Contemporary tribal governments manage their own territories in keeping with their traditional responsibility of caring for the land for future generations. Tribes protect treaty-guaranteed hunting, fishing, and wild rice gathering rights, and use cutting-edge technologies to manage and protect natural resources, including constructing energy-efficient buildings and producing clean energy.

Today, many Ojibwe tribes exercise sovereignty through responsible management and conservation of lakes and waterways. Tribes enact conservation codes that govern fishing methods and seasons as well as catch and size limits. The laws are enforced by tribal conservation wardens, and violators face fines or dates in tribal courts. 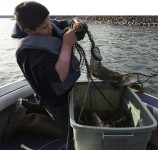 The Grand Portage and Bois Forte bands of the Lake Superior Chippewa belong to the 1854 Treaty Authority, an intertribal organization that manages the off-reservation hunting, fishing, and gathering rights of members on lands ceded to the United States under the Treaty of 1854.

The Fond du Lac and Mille Lacs Ojibwe belong to the Great Lakes Indian Fish and Wildlife Commission, an organization of 11 Ojibwe nations in Minnesota, Wisconsin, and Michigan. These nations reserved hunting, fishing, and gathering rights in the treaties of 1837, 1842, and 1854. 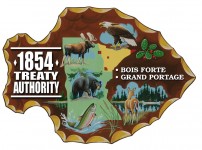 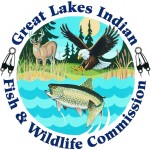 In 2006, the Shakopee Mdewakanton Sioux Community opened its own water reclamation facility, equipped with the advanced technology water quality testing lab, to treat wastewater formerly discharged into the Minnesota River through a local government-operated sewer system. Today, water treated at the tribal facility is used for irrigation, which has reduced pollution and cut water usage by 35 million gallons per year. 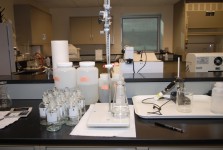 The Shakopee Mdewakanton Sioux Community planted grasses and flowers on the 32,648-square-foot roof of the Dakotah! Sport and Fitness Ice Arena, which features the Midwest’s largest green roof. Vegetation insulates the building from exterior heat and cold, lowers tribal energy use, reduces storm water runoff, and provides a habitat for bees and insects. 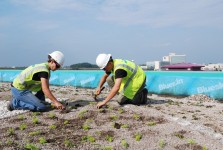 In the 1980s, American Indian tribes asserted their sovereign rights to economic self determination – free from state regulation – by created compacts to open gaming enterprises. The federal government passed the Indian Gaming Regulatory Act (1988), which reaffirmed tribal rights to conduct gaming on Indian lands as a means of developing reservation economies and promoting the welfare of the tribe. 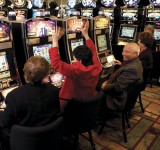 Tribal nations in Minnesota are investing in businesses that produce energy in more cost-effective and environmentally friendly ways. Their goal: to promote sustainable enterprises that support tribal self-reliance. 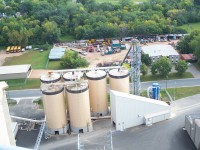 The product of a joint partnership between the Shakopee Mdewakanton Sioux Community and Rahr Malting, the six silos at the Koda Energy facility hold agricultural byproducts that are burned to generate power. Cleaner than a coal plant, Koda Energy is the only facility in the United States that uses natural materials exclusively to produce energy. | Courtesy of the Shakopee Mdewakanton Sioux Community

Pop up photo: The product of a joint partnership between the Shakopee Mdewakanton Sioux Community and Rahr Malting, the six silos at the Koda Energy facility hold agricultural byproducts that are burned to generate power. Cleaner than a coal plant, Koda Energy is the only facility in the United States that uses natural materials exclusively to produce energy. | Courtesy of the Shakopee Mdewakanton Sioux Community

The Business of Native Foods

Essential to survival, food has always been an expression of Native family, community, and cultural values. Today, some tribes in Minnesota operate businesses that sell traditional Ojibwe and Dakota foods, including wild rice, fish, wild berry jams, and a cornucopia of other products that reflect time-honored hunting, gathering, growing, harvesting, and cooking traditions. 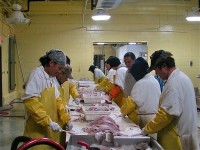 Workers clean and filet fresh walleye at a commercial processing plant at the Red Lake Nation, near Redby. Closed for nearly a decade due to overfishing on Red Lake, the plant reopened in 2008 after a joint tribal, state, and federal program restored the walleye population. | Courtesy of the Red Lake Nation Fisheries

Pop up photo: Workers clean and filet fresh walleye at a commercial processing plant at the Red Lake Nation, near Redby. Closed for nearly a decade due to overfishing on Red Lake, the plant reopened in 2008 after a joint tribal, state, and federal program restored the walleye population. | Courtesy of the Red Lake Nation Fisheries

At White Earth, a Native-operated not-for-profit organization has constructed a wind turbine to generate low-cost electricity and reduce consumption of fossil fuels. | Courtesy of the White Earth Land Recovery Project

Bountiful harvests from Mdewakanton Wozupi, Shakopee’s organic garden, are sold at farmer’s markets and the tribe’s natural food market, Mazopiya, both of which became operational in 2010. | Courtesy of the Shakopee Mdewakanton Sioux Community

Just as their ancestors made decisions about the well-being of their people, modern Dakota and Ojibwe tribal leaders serve as caretakers of their people in the 21st century. That responsibility requires compassion, commitment, hard work, and vision—qualities that have enabled tribal governments to provide better housing, affordable health care, and other programs and services to tribal members. 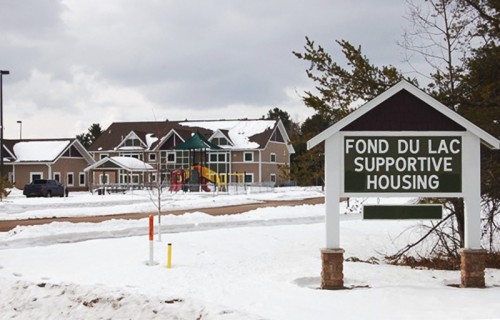 Connecting with the Community

Modern tribal leaders are tasked with running complex government operations. Yet at feasts, celebrations, and other public events, tribal leaders make time to take the community’s collective pulse by listening to their citizens’ needs, desires, and opinions. 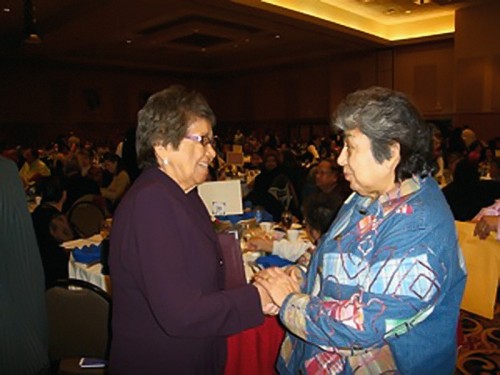 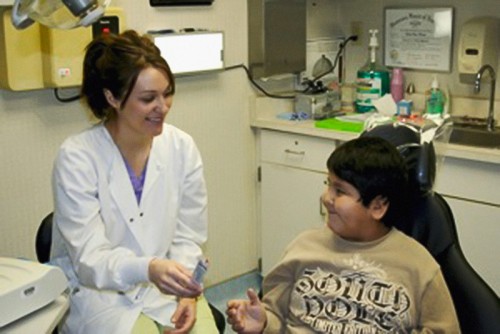 Treaties are living documents that recognize American Indian governments and guarantee the preservation of Native lands and lifeways for future generations. Today, more than 145 years after their treaties were signed, Indian tribes in Minnesota celebrate their treaties and their status as sovereign nations.

Like a muscle, sovereignty grows stronger the more we exercise it. Like a muscle, it takes on a more defined shape in the eyes of others, who recognize its power and potential. And like a muscle, it pumps the life blood that sustains a nation’s people.

Our ancestors’ lives were organized around their landscape. Their food, fiber, and spiritual life were based on the land on which they lived. Our culture and landscape is intimately intertwined. We have to have the landscape in order to preserve our culture. 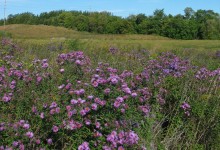 As they face the 21st century, Native people in Minnesota are drawing on treaty rights and tribal traditions to find balance in an ever-changing world. By restoring prairie habitat, revitalizing their languages, and celebrating their heritage, the tribes are exercising their rights as sovereign nations as well as embracing the Ojibwe concept of bimaadiziwin—the “good life.” 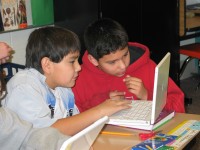 An honor guard presents the flags of the United States and Indian nations at the annual Mille Lacs Traditional Powwow, 2010. | Courtesy of the Mille Lacs Band of Ojibwe 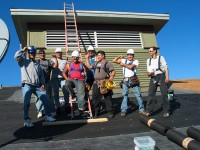 Construction workers from Bois Forte and the Keweenaw Bay Reservation in Michigan share a lighthearted moment while installing a roof on the hotel at the Fortune Bay Casino on the Bois Forte Reservation. | Photo by Helen Wilkie, courtesy of the Bois Forte Band of Chippewa